ChemTech
Laura Hendriks, researcher at our institute, discovers a novel application in the study of polychrome sculpture

Recently, radiocarbon dating underwent considerable technological advances allowing unprecedented sample size downscaling. These achievements introduced novel opportunities in dating cultural heritage objects. Within this pioneering research, the possibility of a direct 14C dating of lead white pigment and organic binder in paint samples was investigated on polychrome sculptures, a foremost artistic expression in human history. The polychromy, an indivisible part of polychrome sculpture, holds a key role in the interpretation and understanding of these artworks. Unlike in other painted artworks, the study of polychromies is repeatedly hampered by repaints and degradation. The omnipresence of lead white within the original polychromy was thus pursued as a dating proxy. Thermal decomposition allowed bypassing geologic carbonate interferences caused by the object’s support material, while an added solvent extraction successfully removed conservation products. This radiocarbon dating survey of the polychromy from 16 Portuguese medieval limestone sculptures confirmed that some were produced within the proposed chronologies while others were revised. Within this multidisciplinary study, the potential of radiocarbon dating as a complementary source of information about these complex paint systems guiding their interpretation is demonstrated. The challenges of this innovative approach are highlighted and improvements on sampling and sample preparation are discussed. 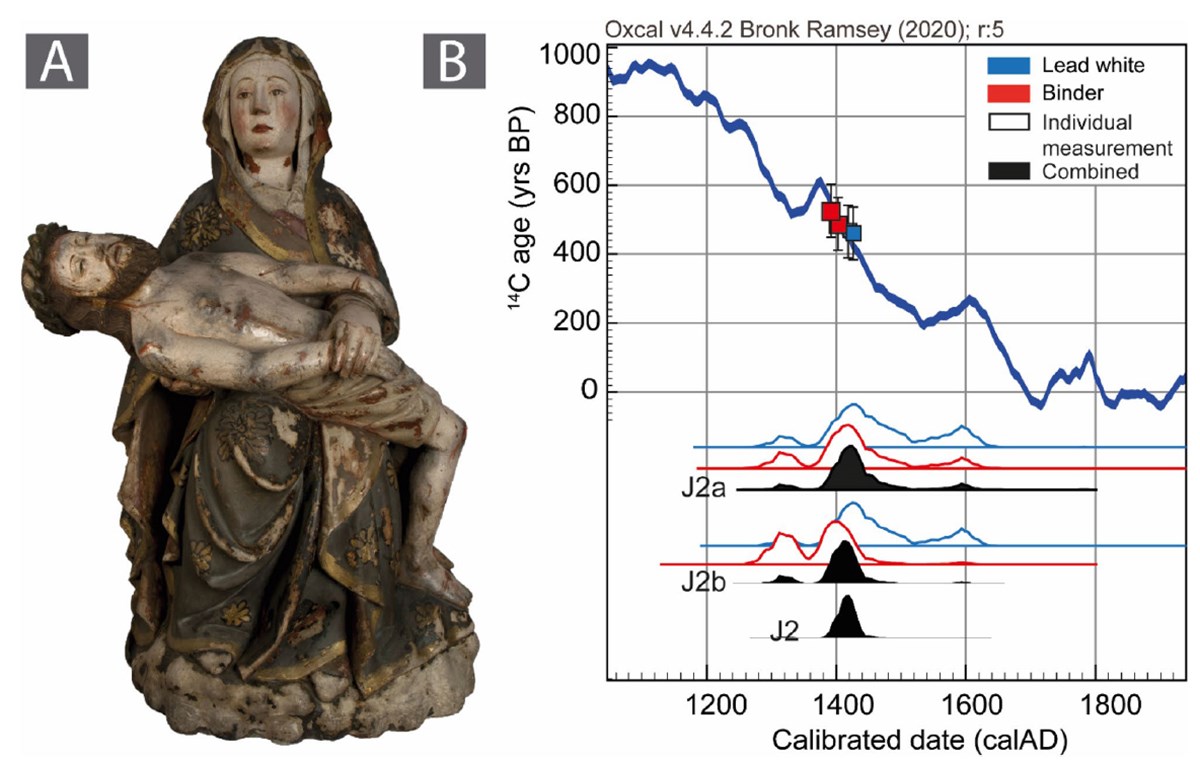