iRAP
Successful collaboration between iRAP and the Adolphe Merkle Institute for the development of an industrializable purification cassette to detect malaria more easily.

A new method for detecting malaria is being developed at the Adolphe Merkle Institute (AMI) in Freiburg.

The method, developed by Dr. Jonas Pollard, consists of detecting a molecule called haemozoin, produced by the malaria parasite, in a blood sample. The haemozoin is isolated from other elements in the blood by passing the sample through different layers of filters. A first basic prototype of the purification cassette (plastic box) that can hold the filters and the blood sample was made by Dr. Pollard's team to validate the method. The plastic purification cassette consists of one piece and a snap-on lid.

The iRAP institute supported the Adolphe Merkle Institute team in the development of an industrialisable purification cassette. The initial concept of the cassette was completely redesigned. The objective was to rethink the design in order to facilitate handling during the test and, in this way, to develop a design that would then allow economic mass production via an injection process.

iRAP was able to contribute its knowledge and specific expertise in the choice of material and in the field of rheological simulations in order to validate the design. Finally, a test mould was made and several thousand functional purification cassettes were injected. 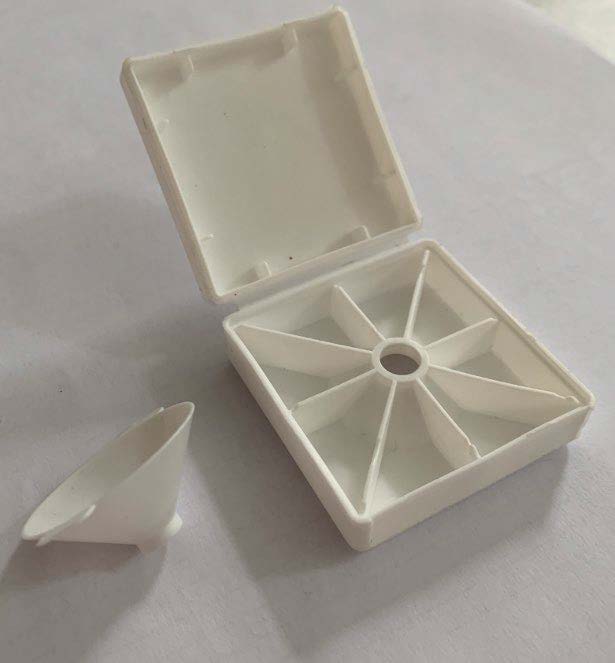